Stay Up to Date

By Helen Smith
This past weekend in Boston, Massachusetts Nickle City Longsword Academy of Orchard Park did Western New York Proud. Taking the largest contingent of beginner longswordsmen to compete at The Iron Gate Exhibition (IGX), this Historical European Martial Arts (HEMA) school that opened its doors a mere year ago left onlookers aghast as they parried and thrust their way to victory upon victory. Head Coach Robert N. Smith, a previous sport fencer and current Brazilian Jiu Jitsu instructor for Orchard Park Martial Arts, fought a grueling two days of hand to hand combat to achieve the gold medal win in his division. Fighters Robert Heim and William Heide battled their way to be ranked among the top eight beginner longswordsmen for the event while Jeremy Mauro and Derek Guard bravely tested their metal in mixed single hand weapon as well as longsword divisions.
Started on a whim Labor day of 2017, Nickle City Longsword Academy was meant to be a single short term introductory session in the art of German Longsword for a handful of friends. Much to Head Coach Robert N. Smith’s shock, it rapidly took on a life of its own, growing past all expectation and becoming a permanent endeavor. Boasting a solid twenty five regular members and beginner classes booked to the limit every four months it’s safe to say that Nickle City Longsword Academy is here to stay.
When contemplating why so many people may be drawn to the art of mediaeval longsword Smith says, “I think part of [our allure] is the continued exposure to high fantasy like Game of Thrones and Lord of the Rings…. people just want to experience part of that world. And I think swords resonate with a lot of folks.” But make no mistake; Smith is not teaching classes in fantasy. This school is dedicated to the art or German longsword, encouraging students to be both athlete and scholar. Smith strives to guide his students beyond their dreams of being John Snow or Brienne of Tarth and builds warriors and scholars in their own right.
Smith certainly does seem to be achieving this goal. For the schools’ first major tournament, IGX saw three of its top eight fighters in the Beginner Longsword division belong to Nickle City Longsword. The remarkable quality of beginner swordsman at this event and Smith’s win for the Gold, left the live broadcast announcer for HEMA Cast, Matt Galas of Belgium exclaiming, “that was really, really good fighting for a beginner’s tournament.” Patrick McCaffery of the US shared that sentiment; “That was beautiful fighting. I absolutely loved it!” Smith left the tournament not only with accolades from his peers, but also with a mighty collection of winnings. He took home an Arming Sword from St James Armory, 100€ gift certificate to major HEMA supplier PBT Historical Fencing, a handsome gold metal and free entry to IGX next year.
Nickle City Longsword won’t be waiting around for next years’ IGX idly however. Already planning the school’s next fights, Smith hopes to compete in Toronto in November at the Frost on the Blade event, then on to Ohio in February for the Arnold Classic.
Well, it may be safe to say that if IGX is any indicator of where Nickle City Longsword Academy is headed, the HEMA community worldwide had better look out! Nickle City Longsword is coming! 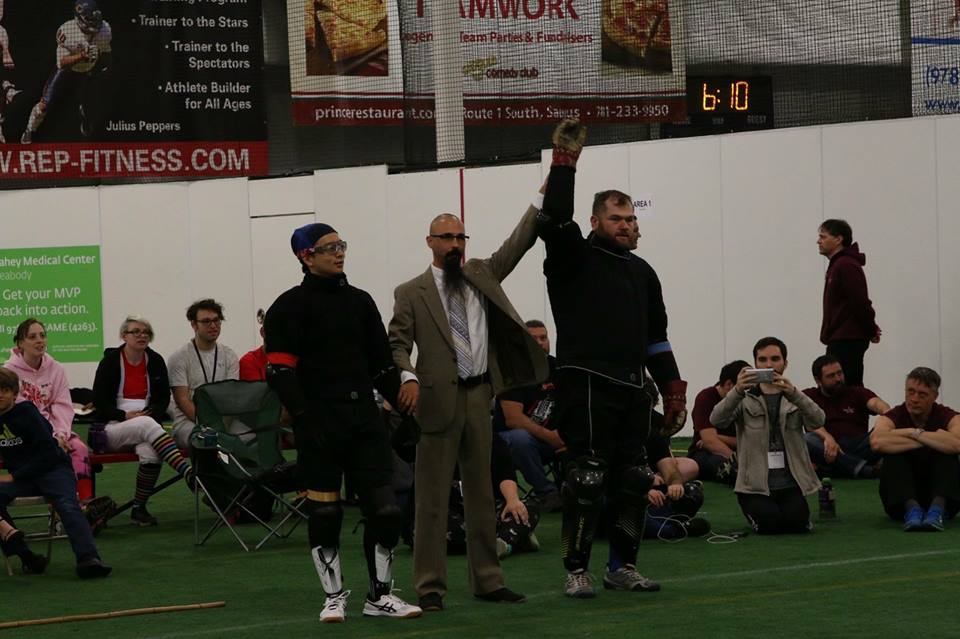